This post will show you some of the best ways to make a boring, nine innings long baseball game fun again by teaching you how to get drunk properly.

This article has affiliate links, which means I receive compensation if you purchase a product through this link. There are no additional costs for you. It helps me continuing this blog. Thanks for your support! Visit my disclosure page for more information.

There are literally millions of ways to get drunk while watching baseball. There are lots of different baseball drinking games, but there is also one official baseball drinking game. It is a combination of Beer Pong and Flip Cup. Why this is the official one I have no idea as you do not even have to watch a baseball game to play this, but I can guarantee you being drunk afterwards and having a good time.

For this game you need: 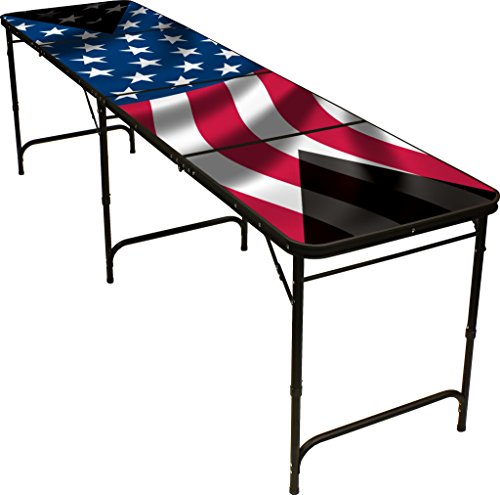 If you do not have a beer pong table, you should get one! Click here to be a cooler host instantly!

Place the table somewhere where you can move around so you have access to all four sides of the table. Set up the red cups like this:

It is important to space out the cups at the long sides of the table, as these cups need to be flipped. These are the “base cups”.

The cups that are placed in a straight line and at the short side of the table are the “at bat cups”.

How to fill the cups:

This is pretty easy.

All “base cups” need to be filled at ⅓ . 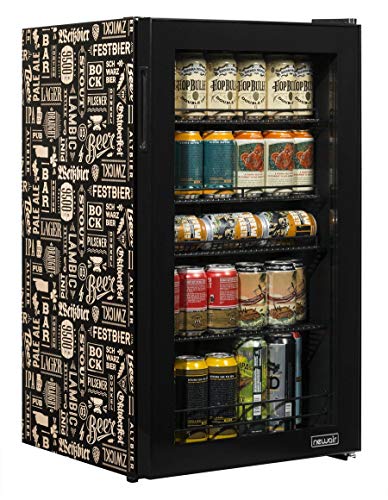 Everybody knows that beer only tastes great, if it is cold. Click here, to never disappoint your guests with warm beer!

The rules of this game are similar to the boring baseball, where no alcohol is involved. This fun baseball is also played over nine innings.

One team is at bat, while the other team is playing defense. The player batting tries to throw the Ping Pong ball into a cup in front of him, representing bases. For the team playing defense, you have one player at each base. If you play with less than eight players, one player has to cover more than one base.

The fourth person is the catcher, who stands at the short side of the table. This is important, as every ball that bounces off a cup and is caught by the catcher is an out for the team at bat. Exactly as with actual baseball, the roles switch once the team at bat has three outs.

Ways to get an out:

Apart from the one option stated above, when the catcher catches a ball that bounced off a cup, there are two more ways the team at bat can get an out. Each time the batter does not hit one of the base cups, he gets a strike. Once a batter has three strikes, he is out.

The last way to get an out is by losing at stealing. This I will cover in the stealing bases part.

As you probably already guessed, the player batting tries to throw the Ping Pong ball into one of the base cups of the opposing team. If the batter manages to do so, the other team has to drink the corresponding cup and all cups below it. So if you hit a Home Run, your opponents need to drink all base cups (and of course refill them afterwards). After the batter has hit a cup, he becomes a baserunner.

After the batter has hit a cup, he runs to the base cup, corresponding with his throw. So if you hit a double, you go to second base. If you hit a Triple, you go to third base and so on.

As a baserunner you can advance in two ways. The first way is by your teammate also making a successful bat. Let’s say you are at second base and your friend hits a single. That means he moves to first base and you move to third base.

The second way to advance is by stealing bases.

This is the second way a baserunner can get bases. Stealing a base is actually a game of Flip Cup. For this you have to drink your cup, then balance it on the edge of the table face up and flip it, so it lands face down on the table. If the baserunner achieves this first, he can advance a base. If the field player wins, the baserunner is caught stealing and is out.

There you have it. This is the official baseball drinking game.

Make baseball on TV more fun with these rules

Of course there are also multiple ways you can get wasted by watching a baseball game on TV. There is also an endless amount of rules you can play by and you can get really creative with them. Let me show you some of the best rules I know.

Honestly, if you only play by these rules you will already drink quite some beer and enjoy some dizziness. It will be a nice and relaxed evening with some friends, beer and baseball.

But you can totally take it up a notch. Let’s add some extra rules to increase Budweiser’s profits and make baseball drinking games more fun!

The world starts to turn

Now if these rules are still not enough for you and you want to have a serious hangover the morning after the game, you can add the following rules to the baseball drinking games. The events for these rules to apply are highly unlikely, but if they happen… I hope you like the taste of your beer.

Blackout (finish your beer everytime one of these events happens)

I have to admit, unwritten rules of baseball are broken regularly… so really think about if you want to apply this rule. Given that you are most likely already drunk when thinking about it, you will think it is a great idea, but trust me…. in most cases it is not such a good idea.

These rules are of course not set in stone. Feel free to change them in any way you like and also feel free to add any rules you can think of (and please comment them, so other people can also enjoy them).

9 replies on “The ultimate guide to baseball drinking games”

Young baseball fanatic that is also into reading and music. Still trying to find a way to get an MLB contract like Bryce Harper.

Latest Posts
We use cookies to ensure that we give you the best experience on our website. If you continue to use this site we will assume that you are happy with it.Ok